For Fergus storytelling is about fun, drama and creating a connection between himself, the characters and the audience. Fergus tells a wide range of tales including Irish legends, Scottish folk tales (especially adventures of Wee Jack!), Norse and Greek myths, environmentally themed stories and tales from around the world. He also loves to tell participative stories for younger audiences with plenty of songs and rhymes to join in with.

Fergus’s lively and humorous style grabs younger audiences, teenagers and adults, making them part of the story. He also frequently sings, accompanied by his guitar, with the audience joining in too. Fergus believes storytelling is the ideal way to connect with people, both young and old; that each person takes from a tale something that calls out to them personally. Much of his teaching has involved using storytelling to develop literary skills in young learners and he provides CPD training for educators.

Fergus grew up in Cumbernauld and Jedburgh, later living for periods in the USA and Canada. In his early teens, he discovered the Irish tales of Finn McCool and Cuchulain. These stories fired his imagination and, when introduced to storytelling round the campfire while teaching in the USA, he was filled with excitement and a desire to tell of the adventures of his heroes to the eager listeners.

As a primary school teacher for the past 19 years, Fergus has always incorporated storytelling into his classroom to the delight of his pupils. Fergus has told tales in many schools and libraries across Scotland and further a-field, as well as at a variety of festivals including the Edinburgh International Book Festival and the Scottish International Storytelling Festival. As well as his native Scotland, he has performed in the USA, Sweden and Norway. He also has a passion for Zumba and is a qualified instructor! 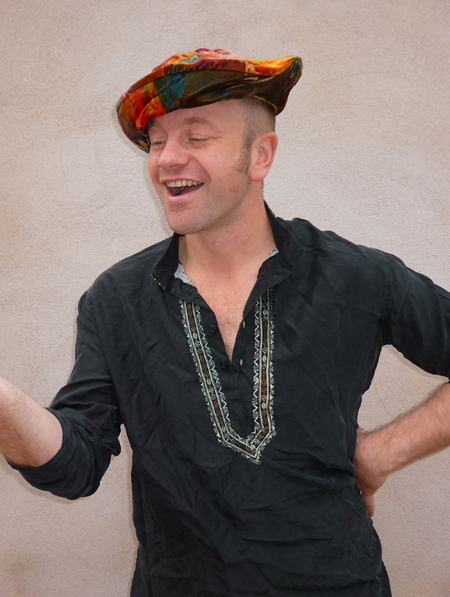