Elaine’s stories vary from original and contemporary to traditional, from personal anecdote to mythology and fantasy.

She enjoys stories that ‘work’ on many layers. A child can enjoy one of her tales and engage with it on one level, but it is much more fulfilling when adults understand what the story is really about. She hopes that after hearing her stories people ruminate, perhaps subconsciously, on the tale for a wee while afterwards. Elaine enjoys working interactively with families and special interest groups, where members share a common thread.

She has been telling, devising, dramatising and listening to stories for many years in her work as an actress, performing arts teacher and drama therapist. With a decent-sized intimate space, basket loads of hats and an enthusiastic group, a story can be told anywhere- a café ‘nook’, library or even a bus stop! Always a performer, Elaine first took to the stage as a child, born and raised in Barrow-in-Furness. She was determined to be accepted into an accredited drama school, an ambition realised at the Birmingham School of Speech Training and Dramatic Art. She worked as a static-trapeze artiste in circuses in Europe before Teacher Training in Kendal, which was followed by a post-graduate diploma in Drama Therapy in York.

‘Jackanory’ influenced her a great deal as well as her grandfather’s old wireless valve radio, which received foreign language stations from all over the world. She would play with the wireless for hours, always wanting to visit those exotic sounding places. She remains fascinated by language; passionate about travel and particularly enjoys the intimacy of a friendly family gathering where the camp fire remains the focal point, and stories are shared with song and dance, laughter and cheer, wood smoke and music. 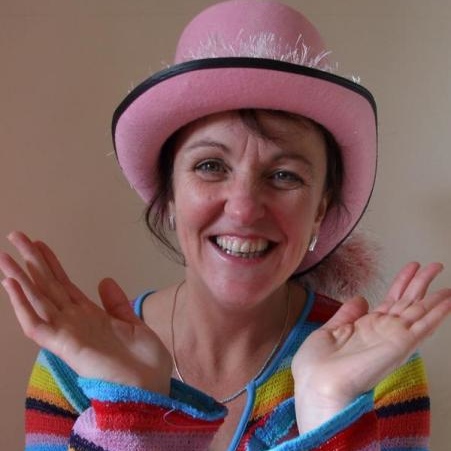