Gauri is a storyteller, educator and workshop facilitator working with adolescents and adults from multilingual, multicultural and disadvantaged backgrounds. She works with different genres: folk tales, fairy tales, epics and myths, mainly from non-European regions, and autobiographical storytelling. She tells stories in various languages including Urdu, Hindi, English and other Indian languages such as Gujarati and Marathi. She is especially interested in the concepts of witnessing in storytelling, translation, multilingualism and embodied nature of creating stories.

Gauri was born and grew up in India, arriving in the UK as an adult in 1999. She moved to Scotland in 2017. Her first memories of storytelling are of sitting wrapped up in the sari of her great grand-mother reading stories to her. She remembers her father telling her and her sister stories as children, that were autobiographical or of Marilyn Monroe, Tarzan and the adventures of the British royalty. She did not grow up with a fascination of traditional Indian stories, instead a deep relish of story-listening that meant intimacy. She began to be fascinated by myths, stories and their power to hold community memories and transform hearts & minds during her doctoral fieldwork among indigenous and displaced communities in western India.

Gauri formally trained in telling stories with the School of Storytelling, Sussex and then with Jan Blake. She incorporates her training in Indian classical music and dance in her storytelling. She believes storytelling to be a community art form and trained in Theatre of the Oppressed and witness based work, which enables those with no performance background to tell their stories.

She has designed and taught courses to migrants, refugees and asylum-seekers relating to building up their expression skills through storytelling work in English. She runs workshops on basic skills of storytelling, biographical storytelling and deepening storytelling performance work based in India and the UK with performers, writers, charity workers, teachers, universities and mid-level corporate personnel. Her current workshops in India are based on practises of attuning to the land through play and sensory mapping work, using practises of storytelling and immersing the body in particular areas.

Her notable performance projects include directing ‘East of the Sun, West of the Moon’ a collection of stories for adults from around the world translated and told in 3 different Indian languages in Mumbai, India. She ran an Arts Council-funded project in Birmingham called ‘Long Journey Home: True Life Migrant Tales’, a monthly multilingual storytelling evening by first generation migrants telling their stories about making home in the U.K. She has worked with asylum-seekers in detention for many years and currently completed a project with Radio Awaaz gathering stories of South Asian migrants to Glasgow for a book and an exhibition at the Scottish Parliament.

She has performed and told stories at several venues in the UK, Greece, Estonia, Norway, Sweden, Germany and India. She tells stories in schools, in barns, by rivers, on the land and in ruins of heritage buildings. 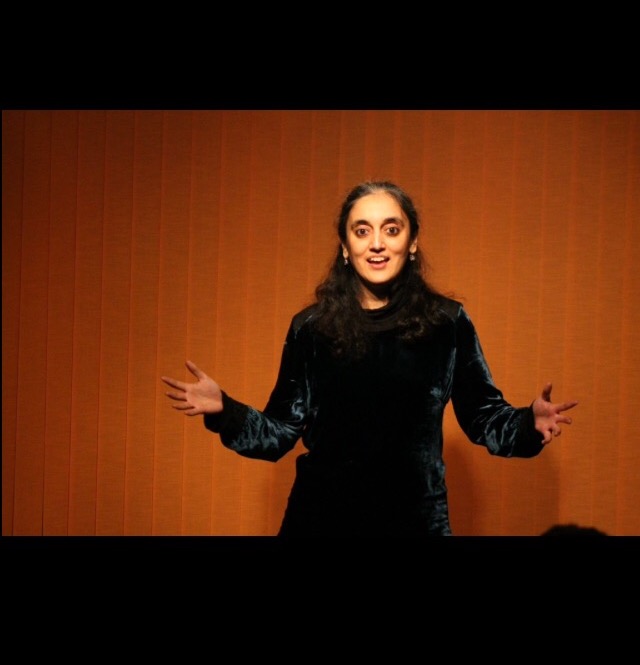