Janis Mackay tells traditional Scottish tales and world stories, including Native American stories and fairy tales. Stories that include the physical or mental transformations of characters into other beings are also a favourite theme. Janis loves telling stories to children and adults, being equally at ease with both. Her style is gentle and atmospheric, with poetry and singing often included. She is interested in storytelling with a therapeutic intent, as well as the art of spontaneous storytelling.

Born in Edinburgh, Janis has been working with stories for 20 years. After training in speech and drama she performed as a storyteller, touring around different schools and communities. During her career, she has specialised in voice coaching and teaching the art and craft of storytelling. She believes very strongly in the power of storytelling to help develop confidence, variety and strength in speaking. For several years Janis also worked at the Artemis School of Speech & Drama and Emerson College, both in Sussex, where she facilitated storytelling workshops in organisations, helping people in business to invigorate their approach to work, working relationships and creative ideas. Her past clients also include The Body Shop, Hewlett Packard, The Environment Agency, and others in the UK and abroad.

Janis is often to be found performing stories with storyteller David Campbell. Janis is also an award-winning author, receiving the Kelpies Prize 2009 for her novel, ‘Magnus Fin and the Ocean Quest’, the first of a trilogy which were followed by ‘Magnus Fin and the Moonlight Mission’ and ‘Magnus Fin and the Selkie Secret’. Janis also won the Scottish Children’s Book Award with her novel ‘The Accidental Time Traveller’. 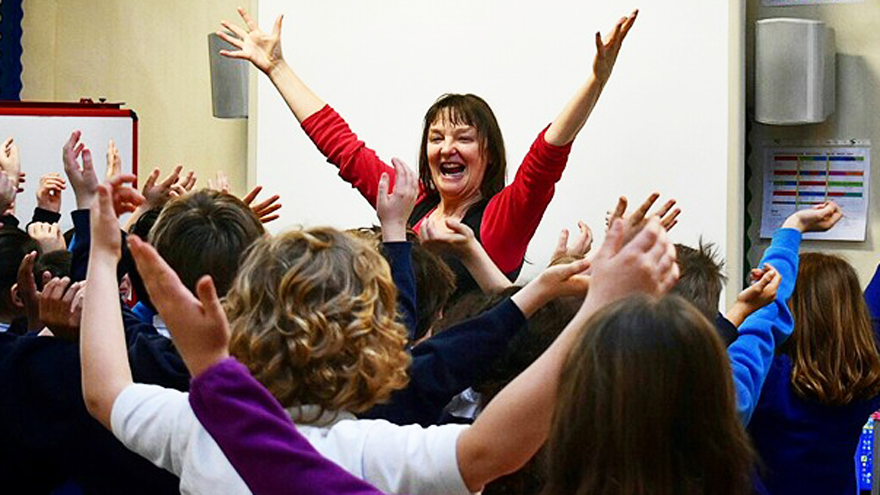